I posed (and answered) the question ‘Is Birmingham ready for a brewing boom?’ in an article I wrote for the Birmingham CAMRA branch magazine last December (http://www.birminghamcamra.org.uk/apdf/BOB/BoB_winter_2015.pdf). At the time writing I said ‘I think that the answer to that question is yes!’ and I definitely feel the same now. In fact it’s started happening and this blog provides an update on that article and the changes since last December.

In December 2012 there were five breweries/brewhouses in Birmingham. Since then we have seen three new breweries added to Birmingham’s brewing scene. That’s right THREE new breweries! This brings the city’s grand total up to eight. A boom indeed!! The three new additions are Burning Soul Brewery, The Indian Brewery and the Moseley Beer Company.

Burning Soul Brewery (Hockley) is the latest addition to the Brum brewing scene. It was established in 2016 and will be using a 5 brewer’s barrel (BBL) plant. This is due to be installed in the former Two Towers Brewery site in Hockley. The brewery install starts in July and the plan is to start brewing as soon as possible.

Edmunds Brewhouse (City Centre) was established in 2015 when the pub in which it is situated was renovated. They use a Truebrew Technobrewery™ automated 1 BBL system to produce three ales for sale only at Edmunds Brewhouse. This kit means that they add all the ingredients and turn it on to produce the beer.

The Indian Brewery (Great Barr) is a new brewery for Brum. Although established in 2013 the brewery started at the former Tunnel Brewery in Ansley, however a move in late 2015 means they are now based in Great Barr. They brew on a 6 BBL plant and have a core range of four beers, but also produce special seasonal beers throughout the year. You can find their ales in various pubs around Birmingham.

Moseley Beer Company (Moseley) is another of the newcomers to the Brum brewing scene. It was established in 2015 and (I believe) they use a 2 BBL plant to currently produce two beers. The have started selling beer to various pubs around Birmingham.

Ostlers Ales Ltd (Harborne) was established in 2013 and is a nano-brewery based at the White Horse pub. Rather than having core range they produce a range of unique ales which they brew for the White Horse, mainly operate during the Winter months. The future may involve brewing expansion as they have recently opened the Wagon and Horses (Cradley Heath).

Froth Blowers Brewing Company Ltd (Erdington) was established in 2013 and began by operating on a 6 BBL plant. Since last December Froth Blowers have expanded to a 20 BBL plant making them the largest brewery (by plant volume) in Birmingham. They brew a core range of three ales along with monthly specials. You can find their ales in various pubs around Birmingham but regularly at the Post Office Vaults (City Centre) and the Woodman (City Centre). They also have a permanent ale in the Wellington (City Centre).

Rock & Roll Brewing Company (Jewellery Quarter) was established in 2011 and was based above the Lamp Tavern in Barford Street. Since last December the brewery has moved into its new location in the Jewellery Quarter and increased brewing capacity to a 6 BBL plant. Alongside a core range of four ales the brewery also produces special throughout the year and has a second site based at the Blue Bell Cider House, where the beer is also sold. You can find their ales in various pubs around Birmingham, most often at the Anchor (Digbeth).

Two Towers Brewery Ltd (Hockley/Gun Quarter), established in 2010, is a 10 BBL plant. It produces a core range of five ales along with specials throughout the year. Their ales can be found at various Brum pubs but most often at the Rose Villa Tavern (Hockley), the Vine (City Centre), the Bear (Bearwood) and their tap house the Gunmakers Arms (Gun Quarter). Since last December the tap house has been opened and the brewery is currently relocating to be attached and to the rear of this pub, although there will still be a presence in Mott St. Two Towers are also planning a range of key keg beers with the first one available in June.

Some of you may be thinking well what about Aston Manor Brewery Company Ltd (Aston). This was established in 1983 and is the UK’s largest independent cider maker. Although it produces no beer it does have a production and packaging facility in Aston and its logistics hub is based inWitton (Birmingham).

Last December I wrote that the Bad Rabbits Brewery, Digbeth Brewing Company, Glassjaw Brewing Co, Moseley Beer Co and the Rose & Thistle Brewery had plans to open in 2016. We’ve seen that Moseley Beer Co has opened but what of the other four? The Bad Rabbits Brewery are planning on opening a brewery at the Inn on the Green pub (Acocks Green) sometime in 2016 and will be produce real ales as well as key keg beer. The Digbeth Brewing Company announced plans to be based in Digbeth but aside from declaring this on social media not much more is known about their plans. It seems that the plans for Glassjaw Brewing Co are on hold at the moment as one of the partners is now the Head brewer at Green Duck Brew Co (Stourbridge). The Rose and Thistle Brewery were planning a Digbeth-based brewery with lager-style beers, but have altered their plans and are now thinking of Edinburgh. Earlier this month The Humble Pub Company has announced that a brewery will be located at the British Oak (Stirchley) and should be brewing beer in 2016.

So a further potential three new breweries for 2016 and all very stimulating news for Birmingham! What all of these companies need is support from the people of Birmingham so please remember to support local breweries!

After the success of the Birmingham Mild, we plan to re-brew it very soon. To be honest the mild was a little too successful. It was intended largely for CAMRA’s ‘Mild in May’ focus but now having arrived in May, we’ve run out! 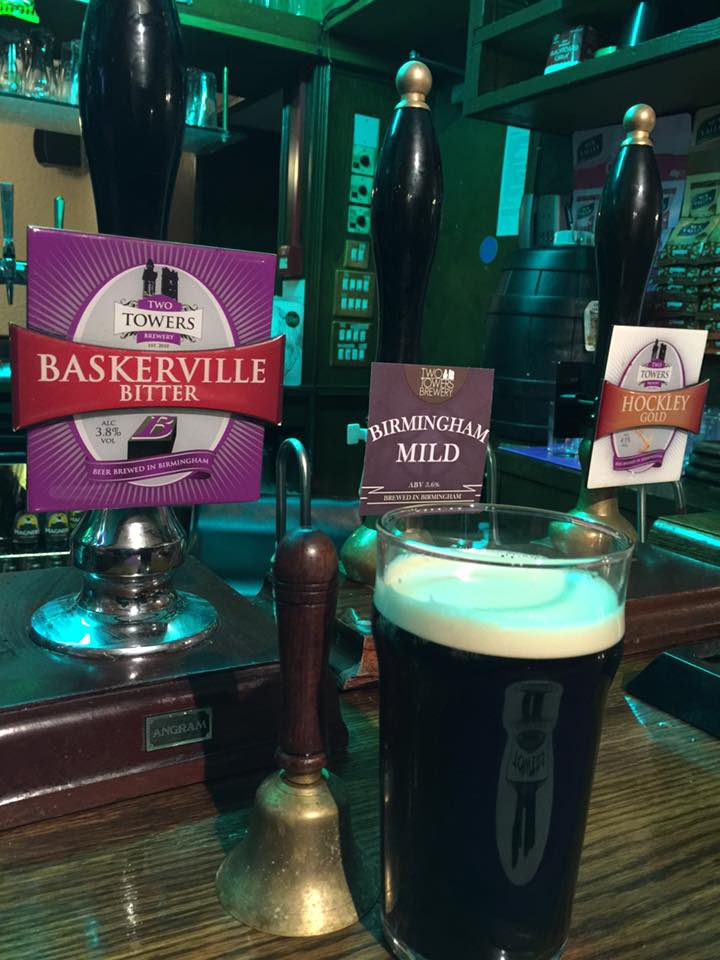 The Hockley Gold continues to be the most popular ale at the tap house but our black IPA, Vulcanised, has also raised a few eyebrows. The Complete Muppetry and Chamberlain Pale Ale continue account well for themselves and a recent special, Canol Beer, also made an impression. Canol Beer is a bespoke 5%, chestnut ale, in the style of traditional strong English ale, that we brewed for our close neighbours at the Gunmakers, the Canoldir Male Choir, who are celebrating their 50th anniversary this year. We have bottled over 800 litres of the ale and will be available very soon. 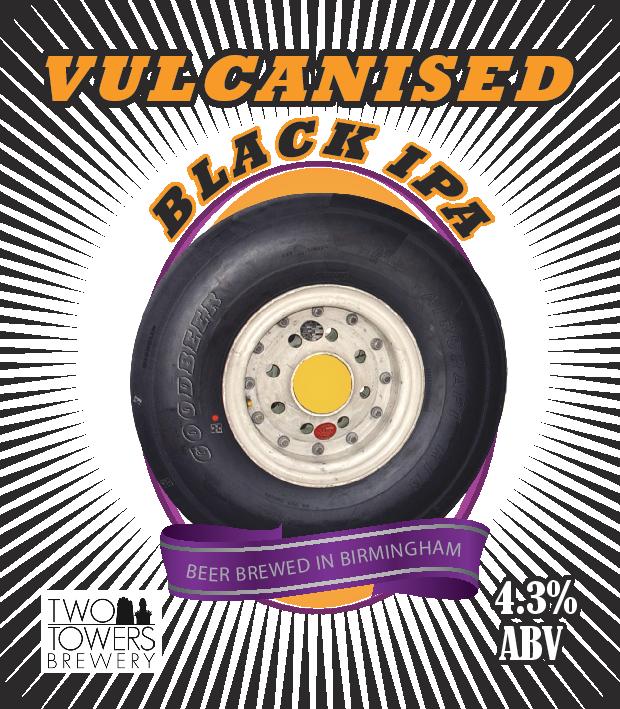 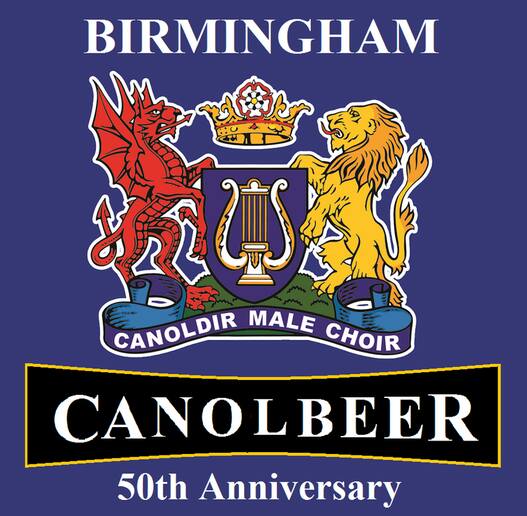 This week we are brewing a brand new craft-style ale which we are rather excited about. It should be on tap at the Gunmakers (only) in the week of May 16th, all being well.

Things are moving forward with our planned move of the brewery to Shadwell Street! Work is soon to begin on various bits and pieces in the new, err, old unit which is linked to the Gunmakers Arms via a nice brick wall (a hole through which we will knock). At the same time, we are dismantling things at our existing brewery unit, amid the usual brewery activities. We are doing things in a way that will avoid you finding a piece of masonry in your Baskerville!